We Are All About Helium and Green Hydrogen


Problems getting helium? Paying too much? Give us a call!

Quantum Technology is a global leader in specialized industrial gas applications, particularly Helium and Hydrogen. For 40 years we have been manufacturing premium Helium and Hydrogen liquefaction units, recovery systems and He production plants. We produce standard and custom solutions for any gas recovery, separation, purification and liquefaction.


We are the first helium refiner in Canada in 40 years. We produce and sell helium gas and build helium refining plants for us, our customers and our partners.

...and now we are the first Canadian company to build large scale hydrogen liquefiers and purifiers. The next liquefiers include several ton per day units, to be finalized starting Q1 - 2022. Several large green hydrogen purification projects are undeway, producing several tons per day of fuel-cell quality hydrogen to be compressed and shipped out.


QTC successfully commissioned a helium recovery system (HRS) at the Redstone Arsenal army base in Huntsville AL, in collaboration with the Jacobs Space Exploration Group. The system removes impurities from a batch of recovered helium used in the leak testing of critical flight components. This HRS significantly reduces the cost of component testing for NASA. 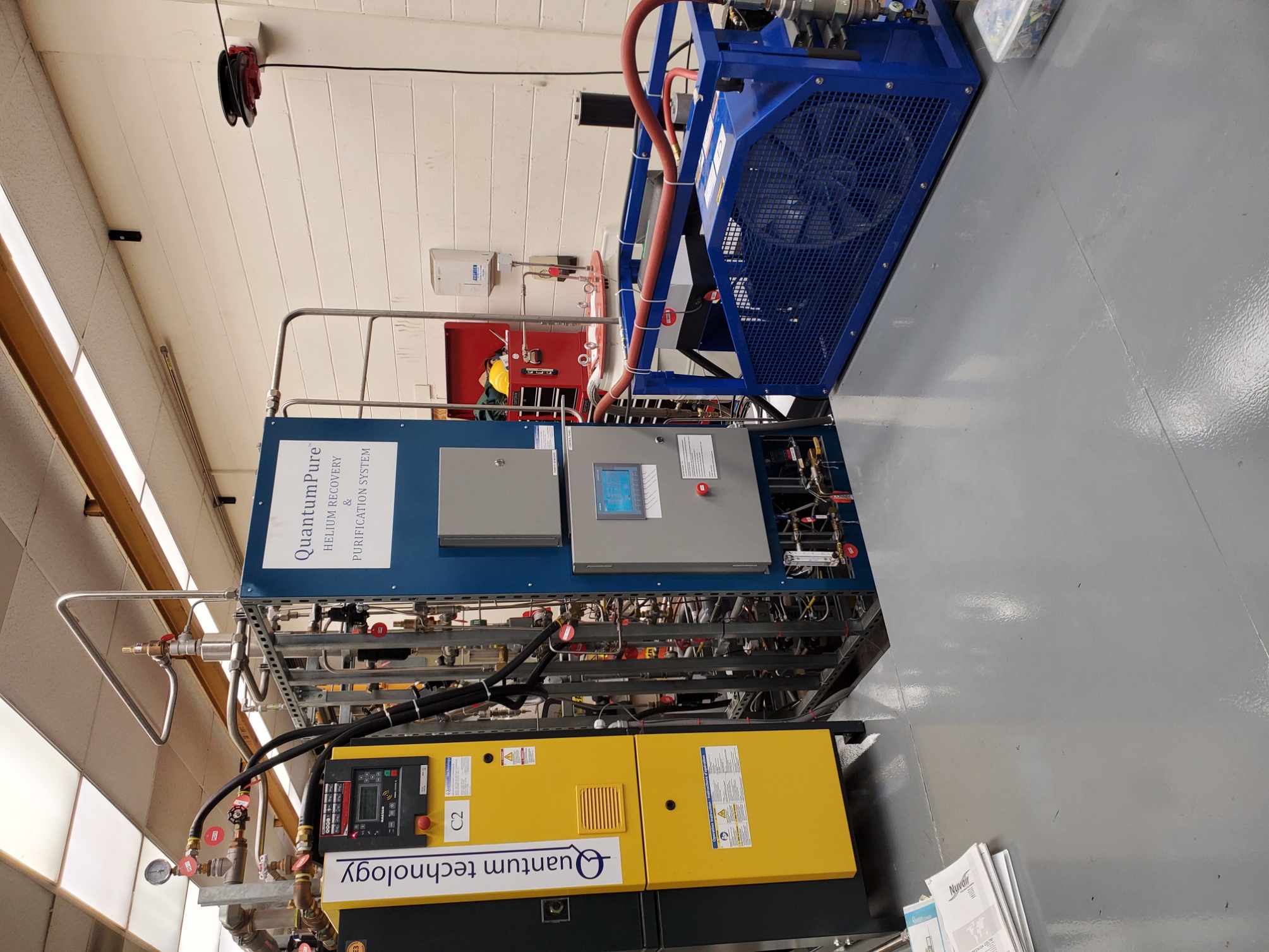 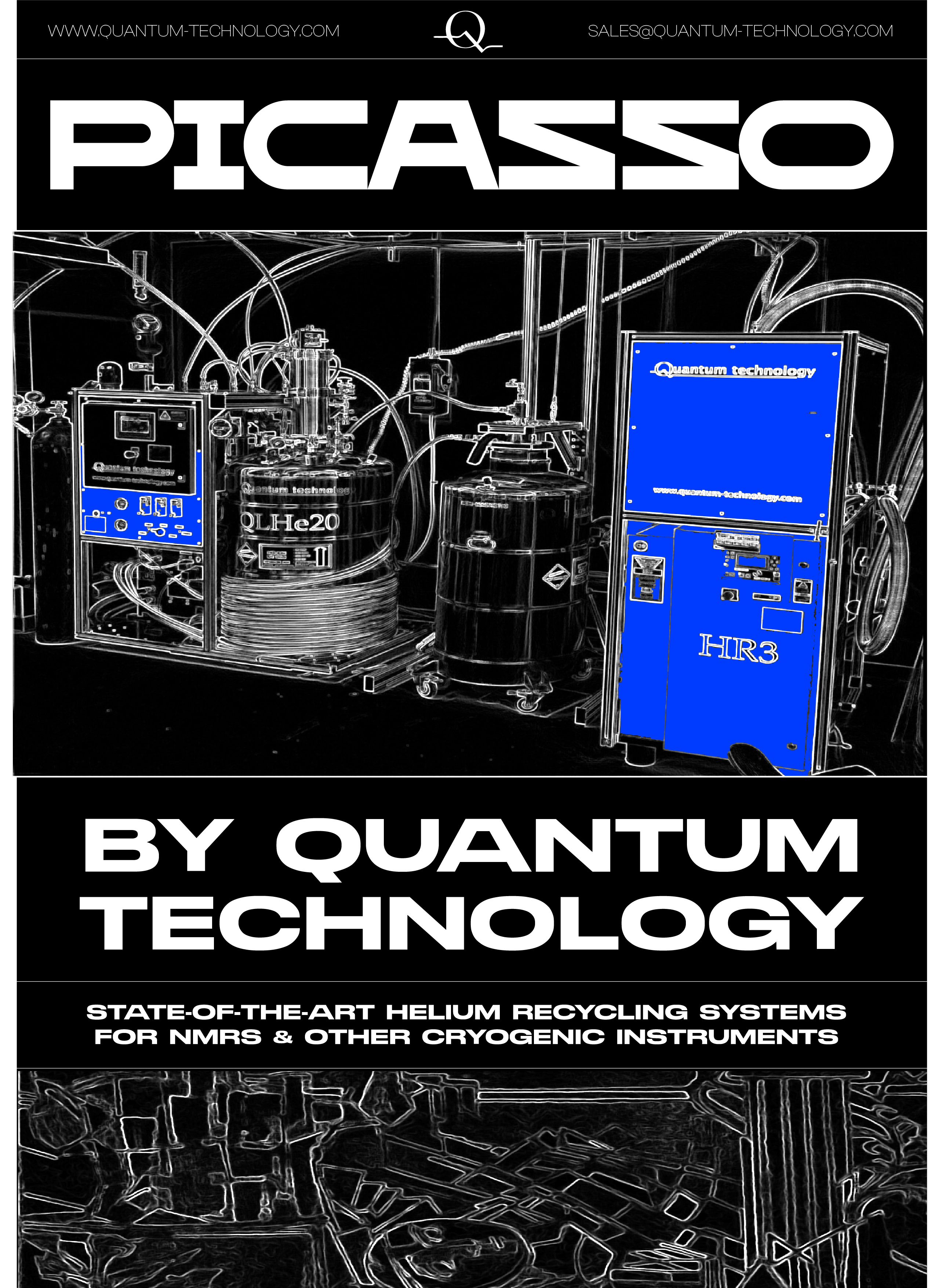 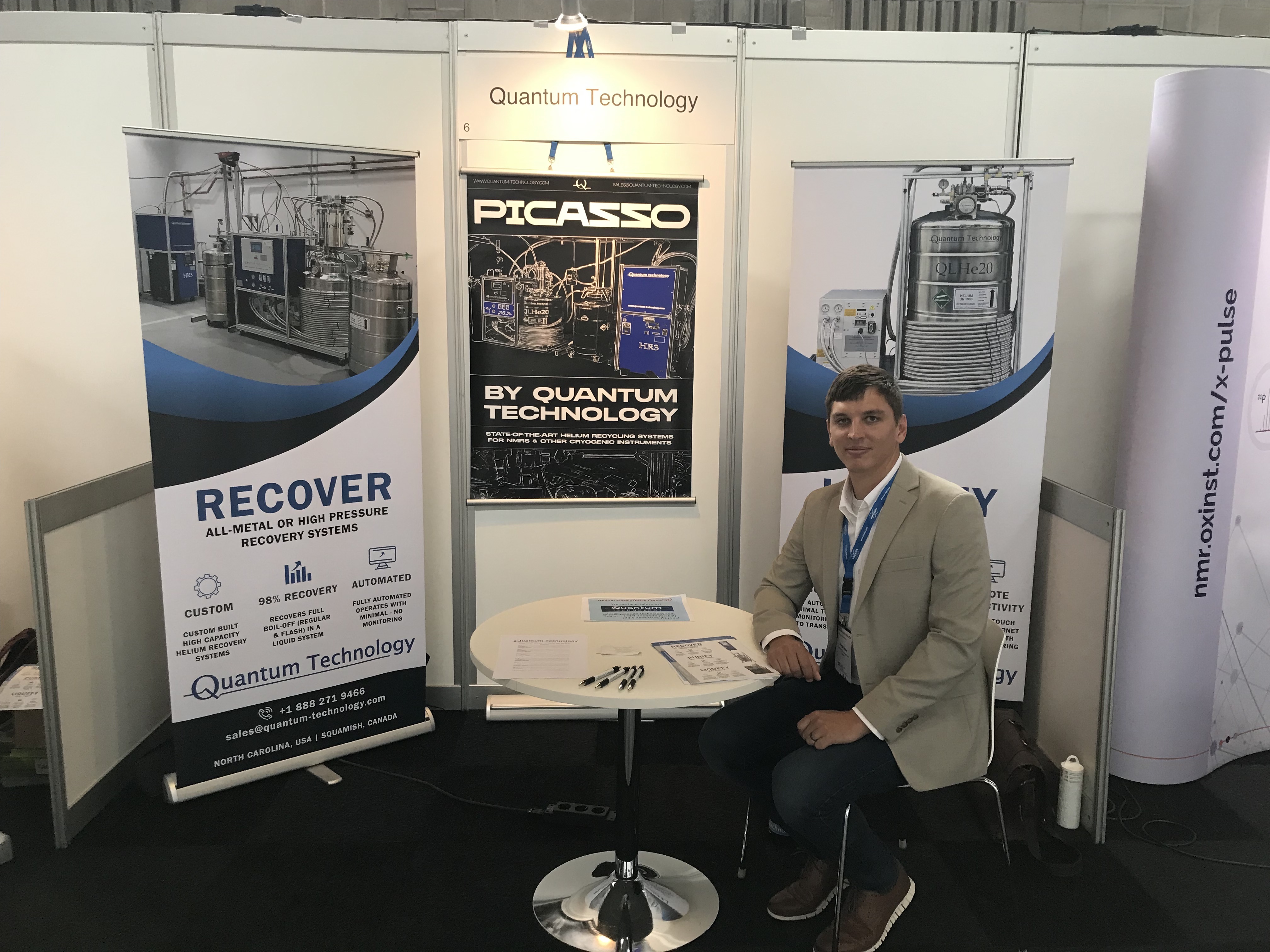 
Quantum Technology finalized the installation of the third gaswell-based helium plant in North America. The plant has a helium recovery of over 93%, and produces high purity helium. Several other plants are being planned for 2022 completion.


Quantum Technology is in advanced planning of its factory tests for a larger hydrogen liquefaction plant, with a target date of early Q2, 2022. We encurage interested parties to contact us at quantum@quantum-technology.com for possible participation in these tests taking place in Squamish, BC.


Quantum Technology has launched its line of hydrogen liquefiers of 5 to 15 tons per day, based on both hydrogen and helium cycles. The liquefiers can be integrated with electrolyzers for the production of green hydrogen. Quantum Technology also produces the purifiers for hydrogen (and oxygen if necessary) to ensure the appropriate purity at the inlet of the liquefier. We invite interested parties to contact us at quantum@quantum-technology.com. 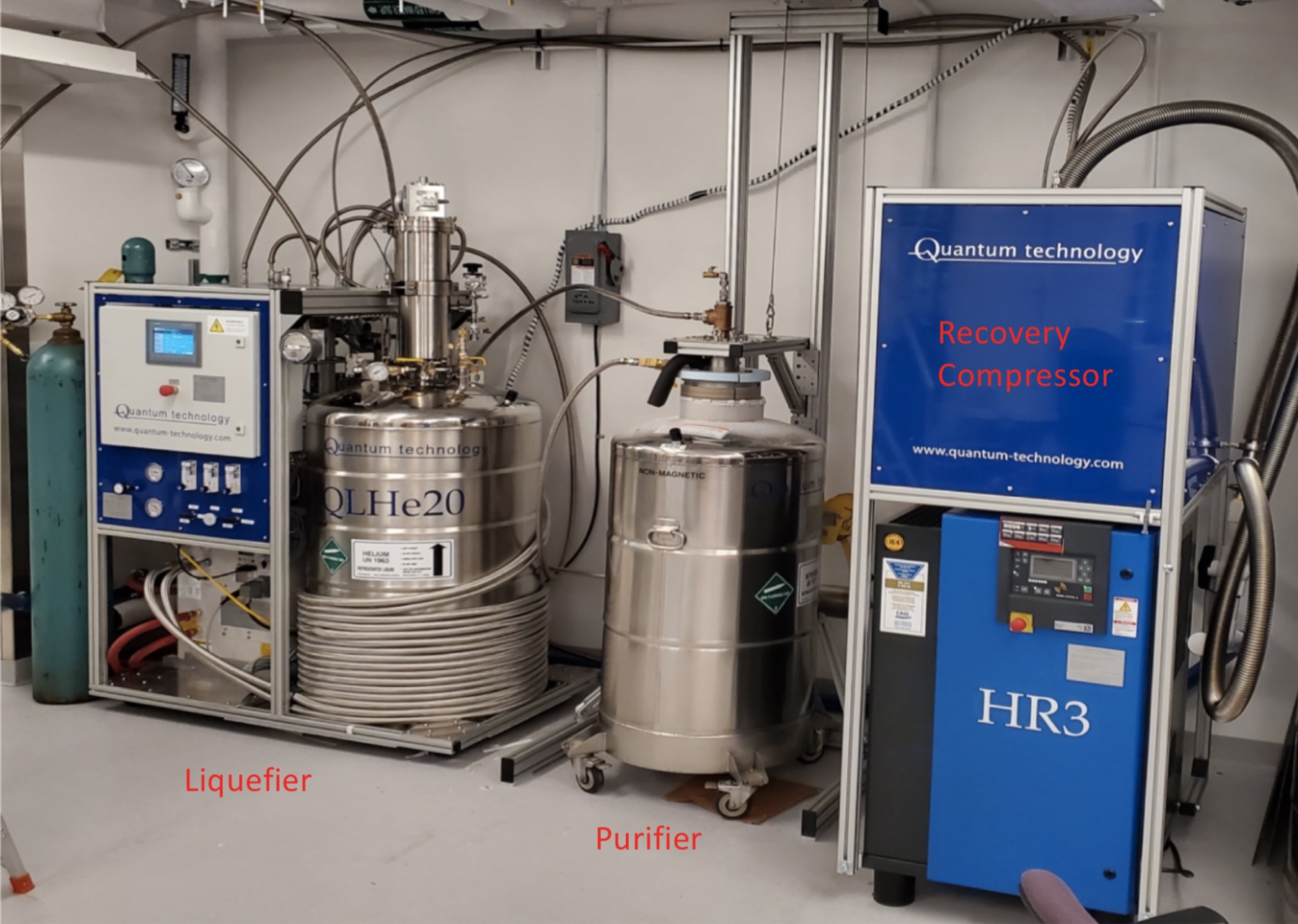 
Quantum Technology has successfully installed several helium recovery, purification and liqefaction systems at top universities around the world - from CUNY (See Press Release) and USC in the US (both repeat customers), to U of Gothenburg in Sweden, at the Swedish NMR Center. 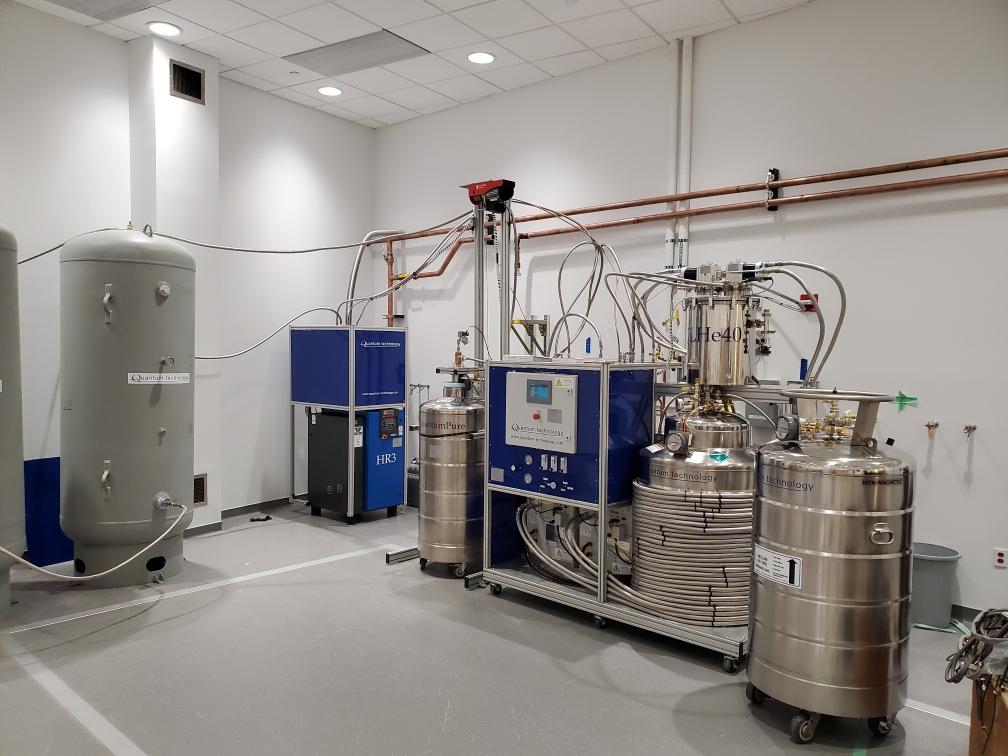 
Quantum Technology has successfully tested an efficient, cost-effective storage device, ideal for the safe storage and transport of vaccines requiring low temperatures. Temperature can be set as required from room temperature to minus 80C or below and is monitored and displayed. The device is ideal for pharmacies, doctors’ clinics, remote areas, transportation, etc. The device has two variations: liquid nitrogen-based cooling, or standalone equipment using an electrically powered QuantumCooler™ refrigerator. The storage capacity comes in several sizes, to accommodate the customer’s requirements. 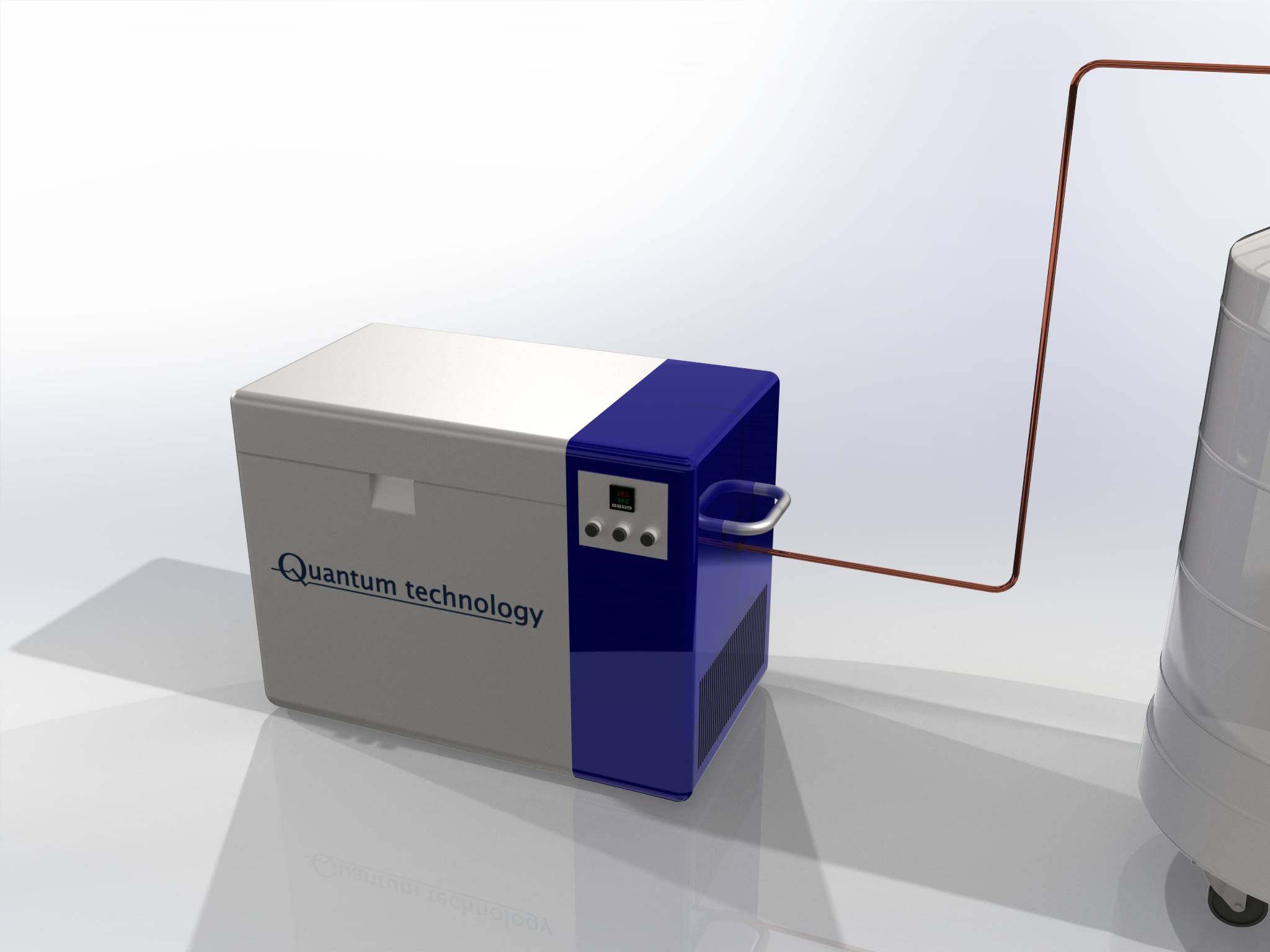 
Quantum Technology has successfully concluded the tests for a mobile hydrogen liquefier, suitable for transportation applications. The liquefier series can produce up to several hundreds of liters per day of liquid hydrogen, and can be easily transported to the point of use. The produced liquid is transferred in a transportable (land, air or sea) dewar. 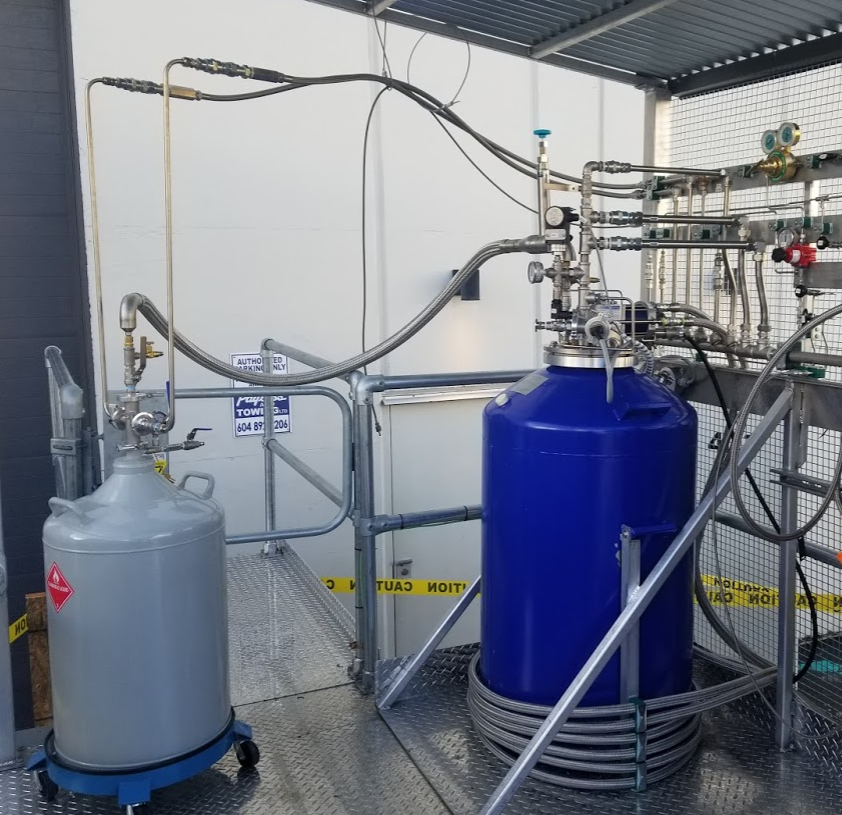 
Quantum Technology Corp. is pleased to announce the conclusion of a contract to build a 1.5 ton per day hydrogen liquefier plant for a major industrial gas company in Europe. From electrolyzers to liquefaction, Quantum is assisting its customers in advancing green hydrogen projects.


Quantum Technology received the prestigious ASM International award for its advances in helium recovery and gas management for cold spray (metal deposition) processes. Four systems have been delivered so far, with several more in development. 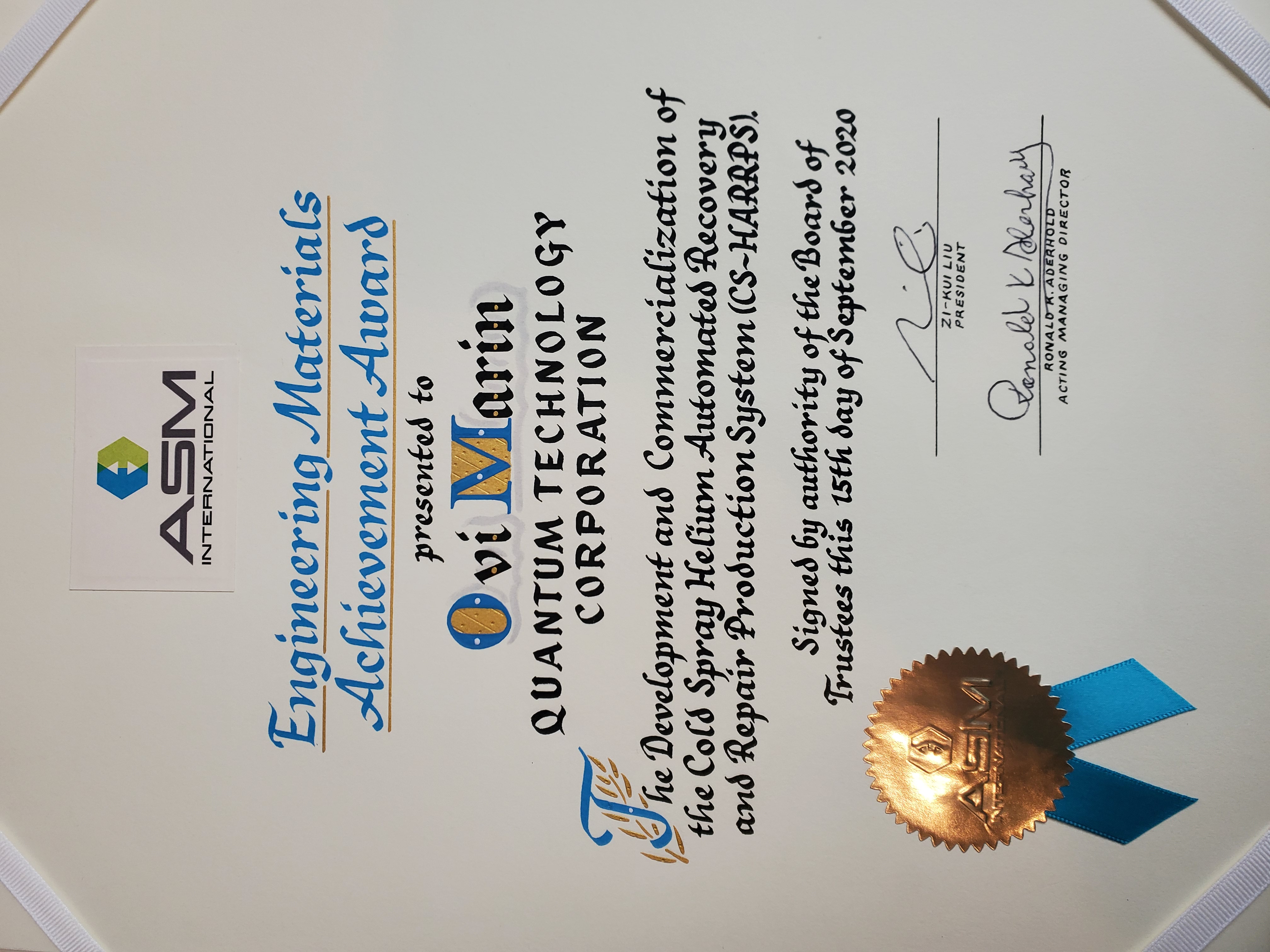 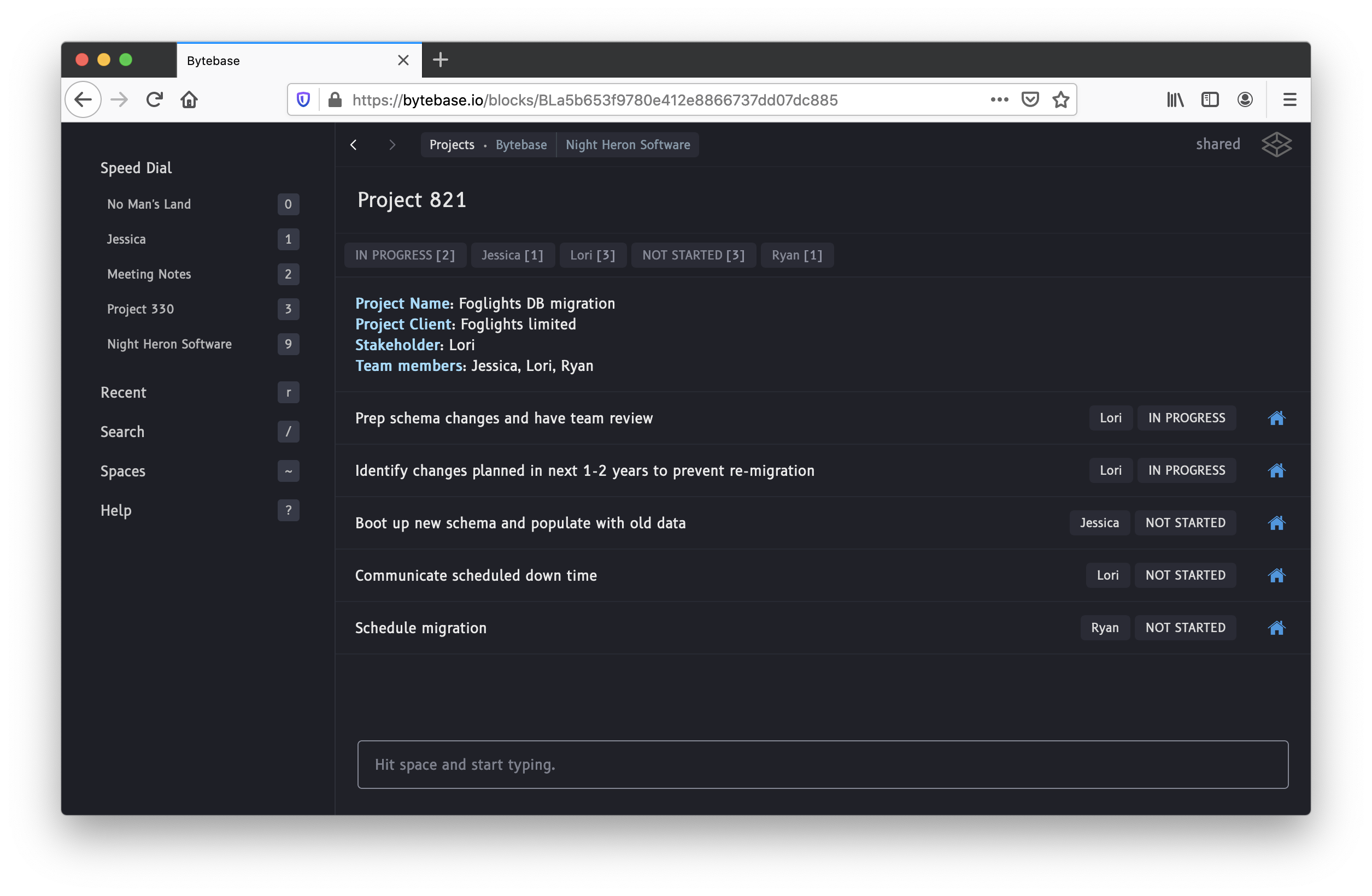 
Quantum Technology introduces its latest generation ALL METAL helium recovery, purification and liquefaction system - it all fits into a small ~10x12 ft room. Quantum Technology assists customers with most of the connections to their instruments to control pressure build-up. 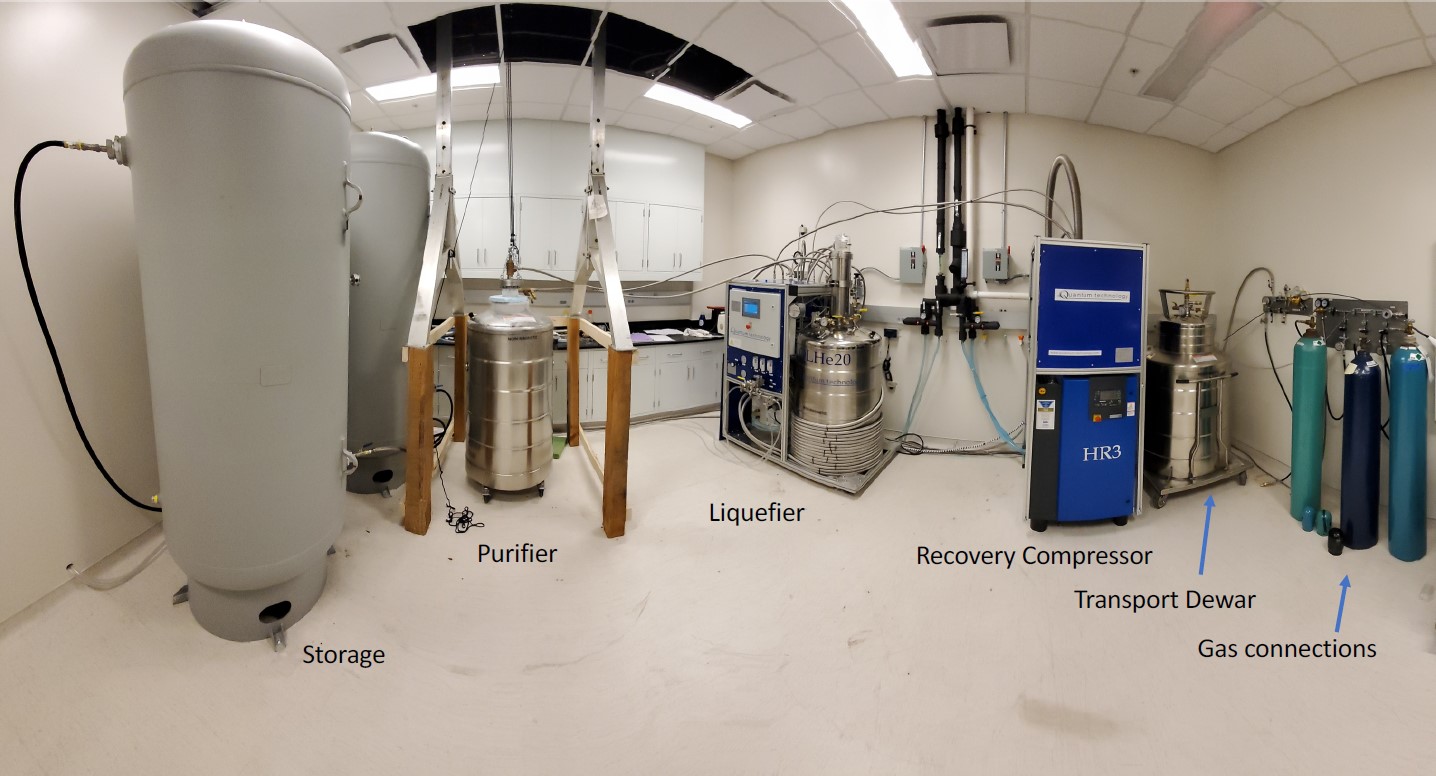 
Quantum is pleased to present the first "balloon" resulted from its new helium production plant based at a North American well site. The plant will produce over 20,000,000cf of helium per year. Quantum is offering its plants on a Sale-of-Equipment, Build-Own-Operate, or other potential commercial arrangements with gas owners. 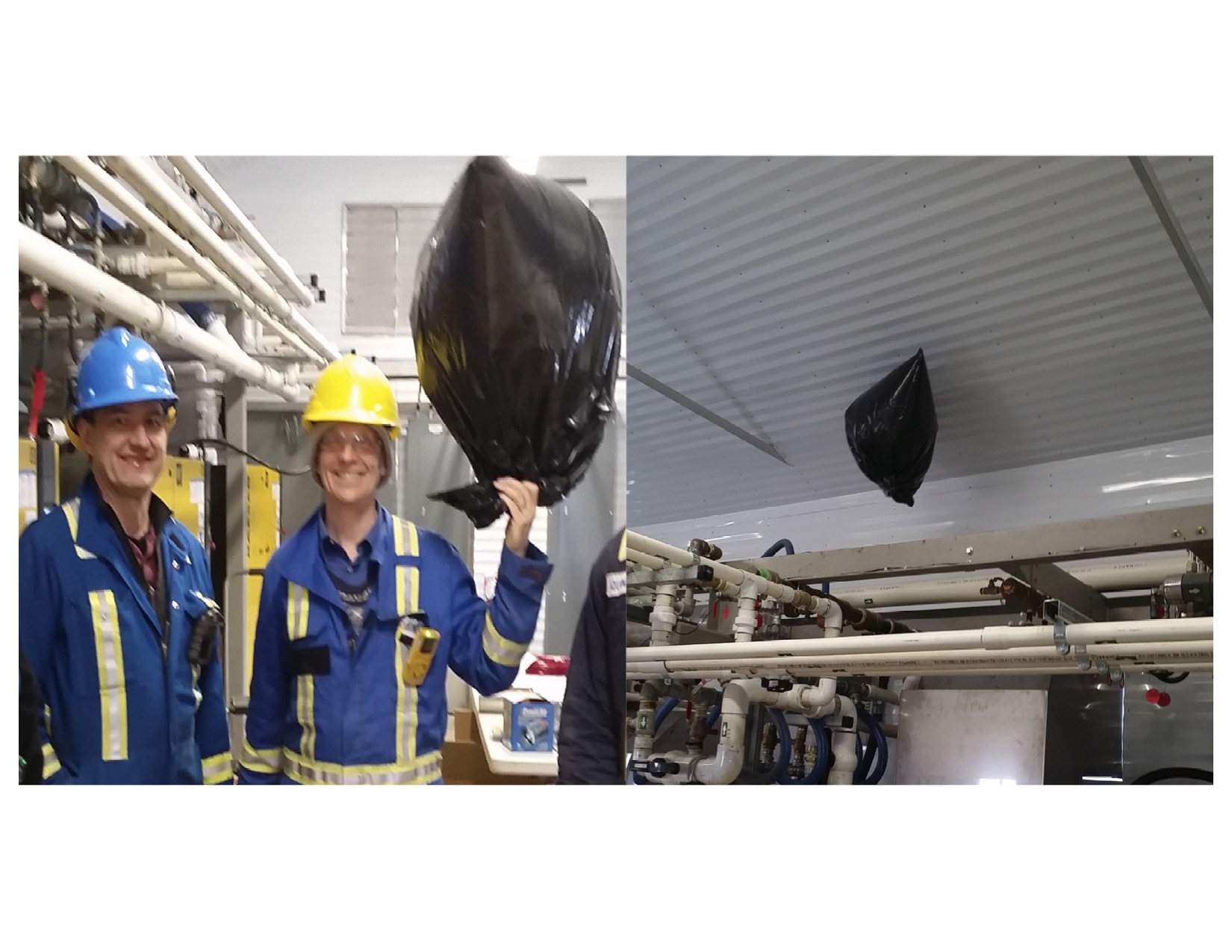 
Quantum is presenting its new helium liquefier line-up, up to 200 liters per day in a single train. Our liquefiers have the most modern coldheads and advanced controls. We offer competitive prices and the longest warranty. 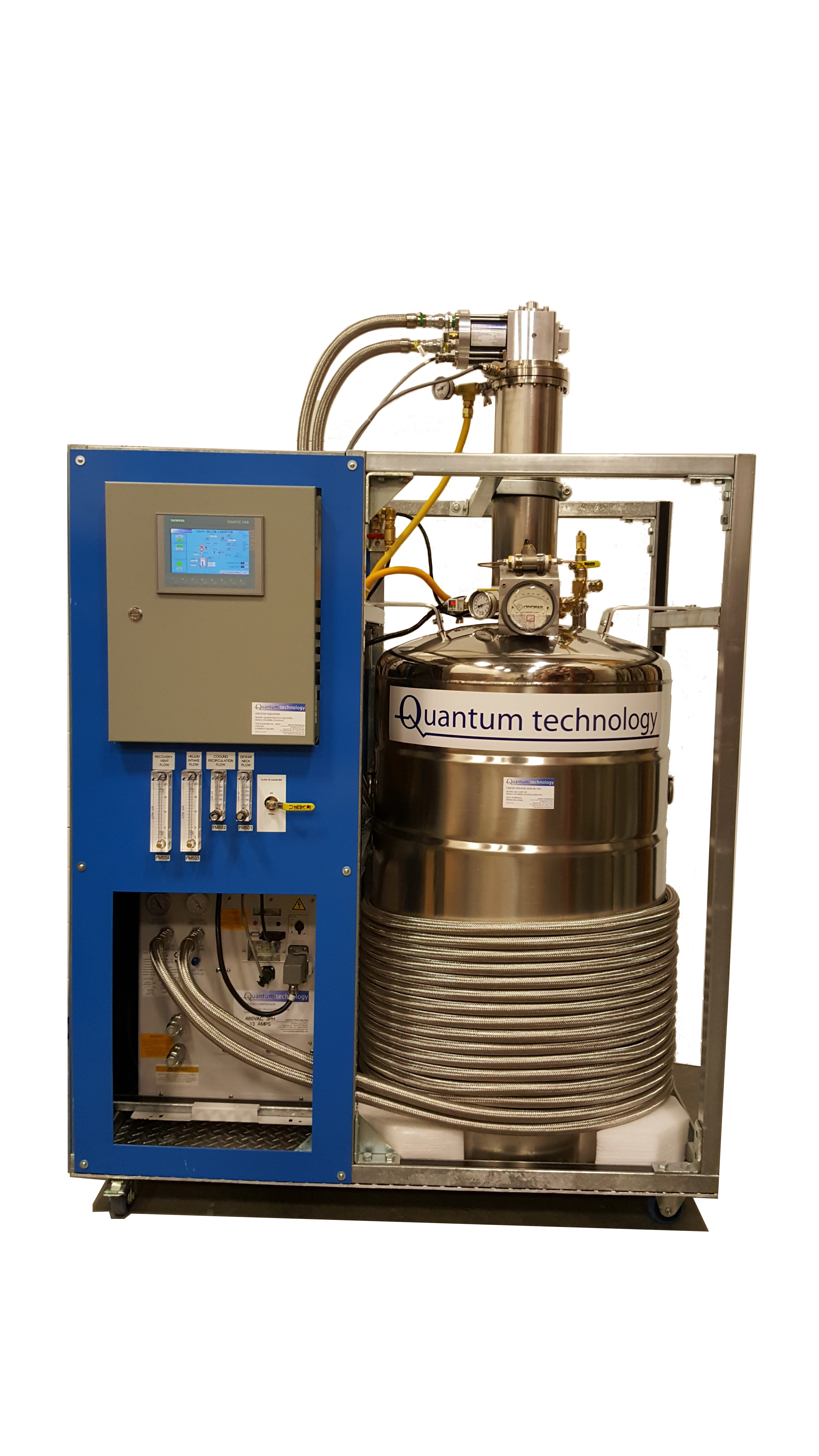 
Quantum is developing a 250 liters per hour helium recovery, purification and liquefaction system. The system, to be located in a research center of a Fortune 500 company in the US, will be operated by Quantum personnel working together with the host company. 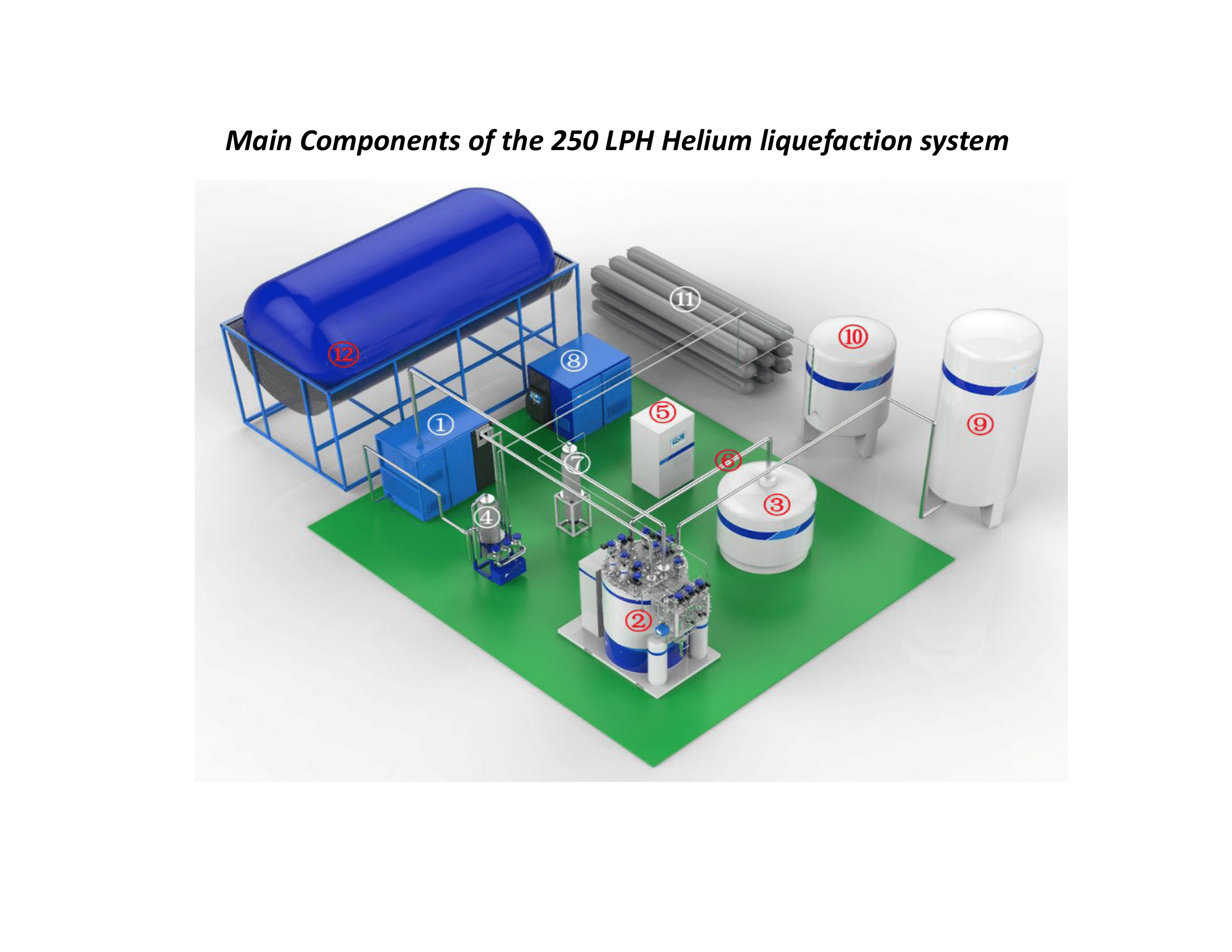 
Quantum is developing a 260 liters per day helium recovery, purification and liquefaction system - the first of its kind. The system uses Quantum's state-of-the-art All Metal concept. The project, developed in collaboration with an exquisite group of labs and universities, is to be installed later in the year at a US National Lab site. 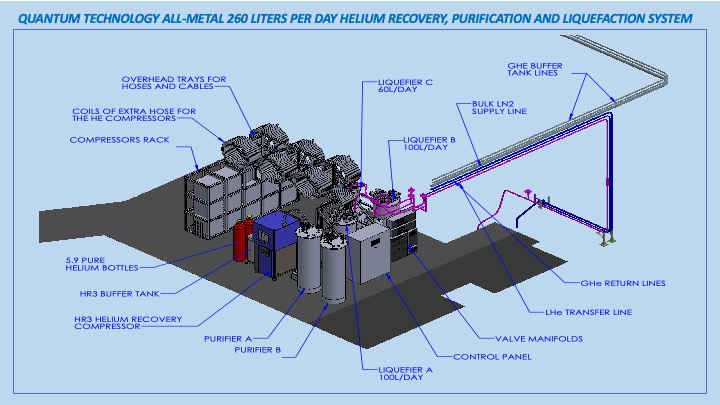 
Quantum installed and commissioned the first QuantumPure CS TRIGAS helium recovery and purification, nitrogen generation and air supply system for the cold-spray industry. The system at North Eastern University in Boston is the first in a series of systems to be completed this year. Another similar helium system has been installed and commissioned at the Army Research Lab.


Quantum shipped its advanced mobile helium liquefier to NIST, USA. Its size and features makes this unit ideal for multi-lab sharing, as well as liquid transfer ease. Its quick connect and disconnect take only minutes.


Quantum is pleased to introduce a new product: fully automated neon separation and purification system. The system is particularly designed for the semiconductor industry.


Quantum is in an advanced manufacturing phase of a Helium recovery and purification system for NASA. The system recovers and purifies Helium to at least 5-9s purity, removing Hydrogen and other contaminants using QuantumPure proprietary technologies. The automatic process will allow NASA to save valuable Helium for re-use in its applications.


Quantum commissioned the fully automated, stand-alone helium purification and nitrogen liquefaction system for the nuclear industry based on its proprietary technology, for a major US manufacturer in New Mexico. The system essentially removes the need to buy/transport/handle large amounts of liquid nitrogen.


Quantum commissioned the fully automated, stand-alone helium recovery and purification system for the metal processing industry based on its proprietary technology, for a major US defense manufacturer. The system recovers over 97% of the helium used, essentially removing the need to buy this expensive, noble and non-renewable gas. 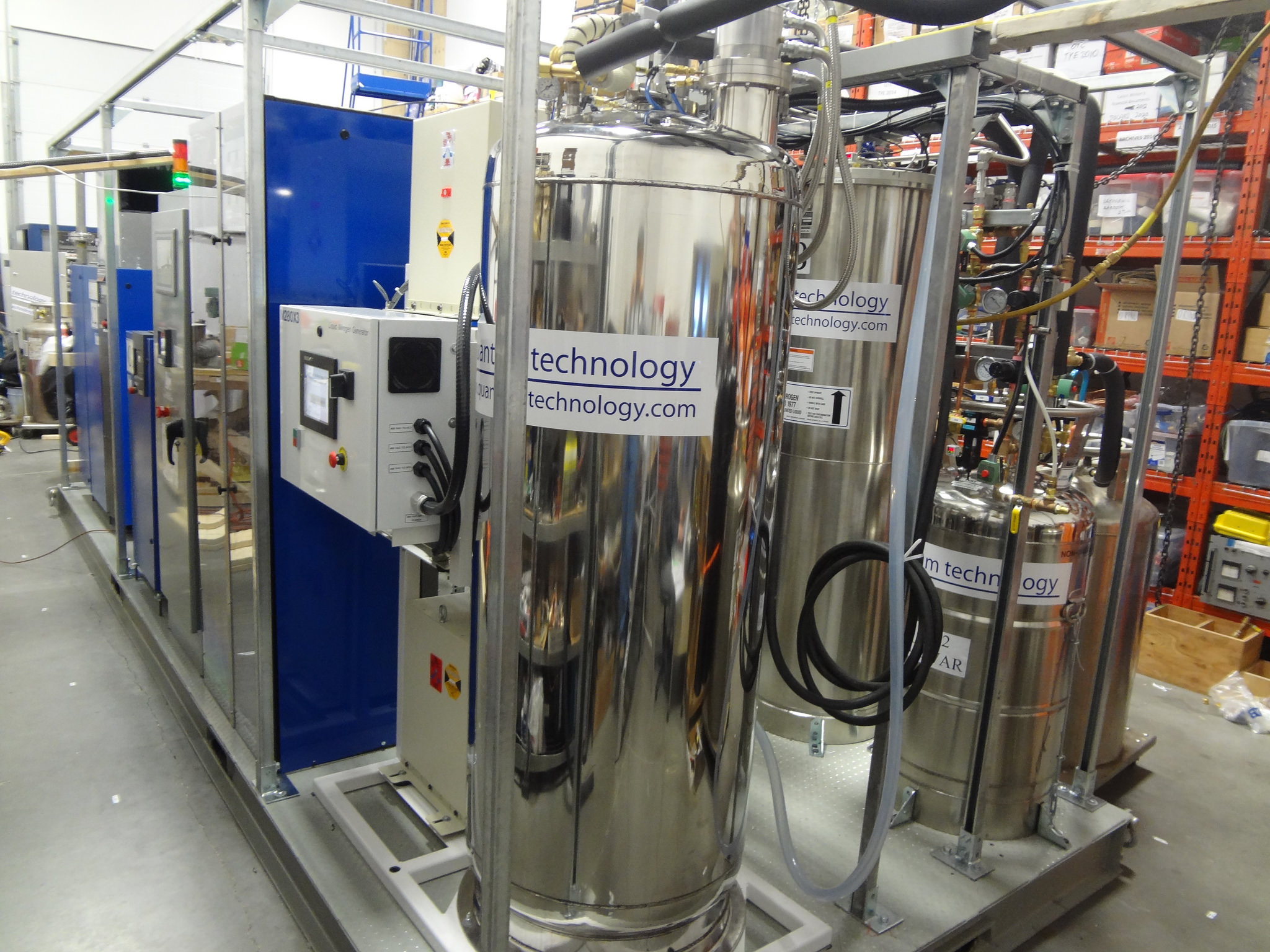 
Quantum commissioned the first 80 Liters Per Day helium recovery, purification and liquefaction system for a leading NMR facility in the United States, based on its state-of-the-art liquefaction technology and its All-Metal Recovery System. 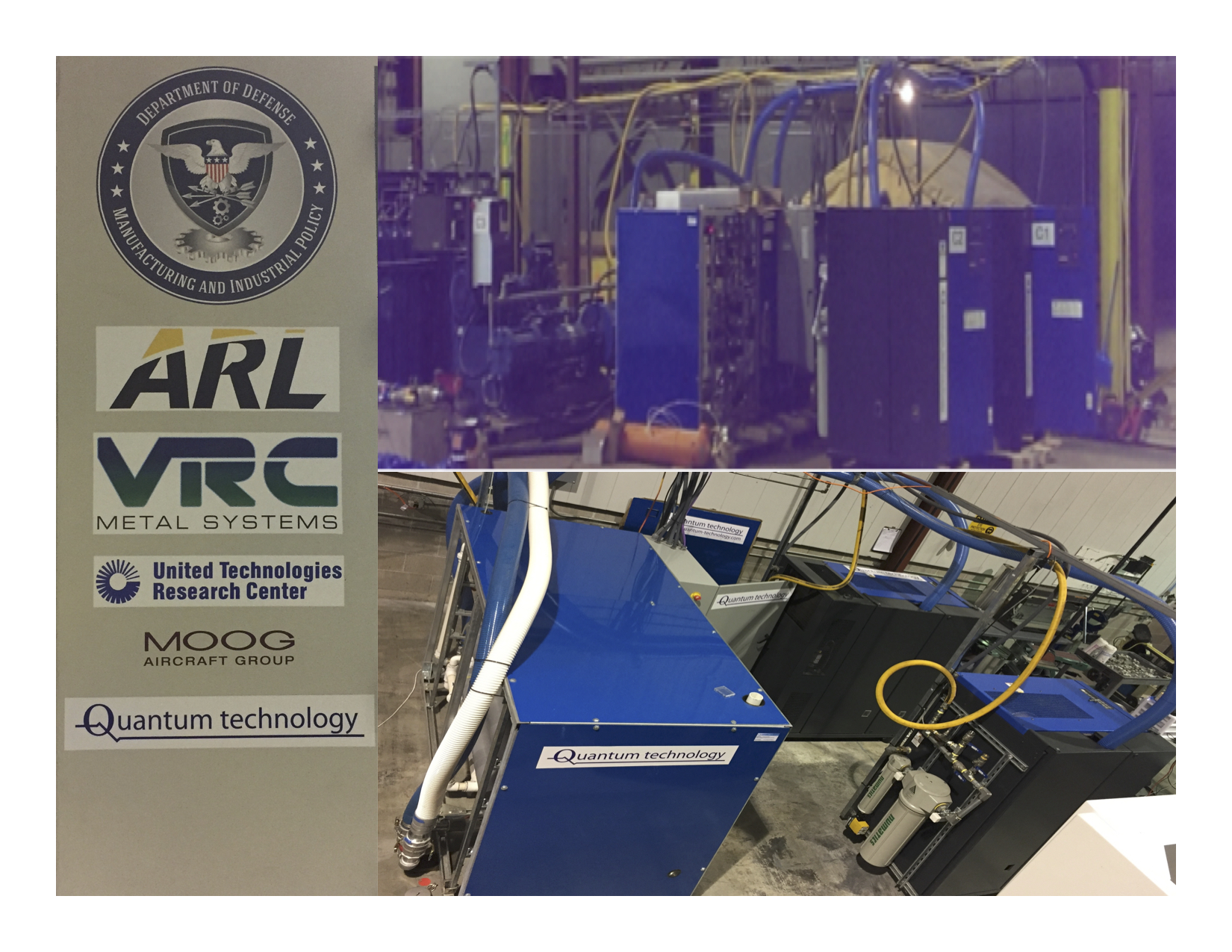